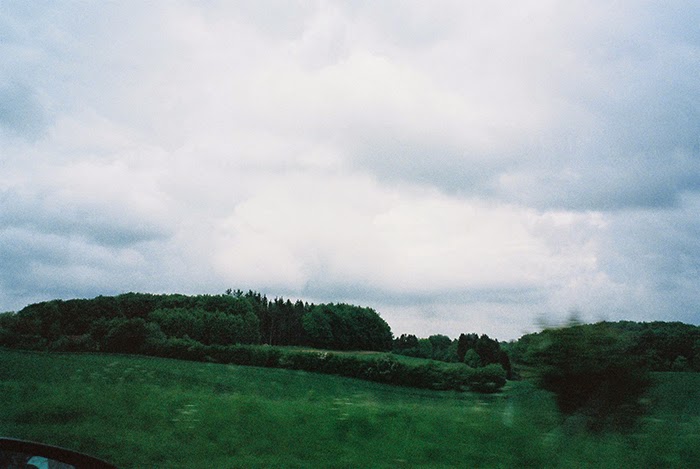 On a rather gloomy day three, we were off to South Jutland, and the oldest town in Denmark. 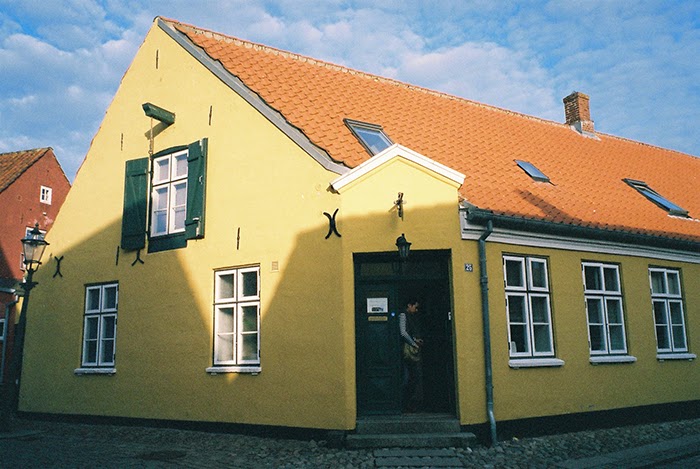 This time round, the places we stayed in were almost as interesting as the destinations themselves. This is Den Gamle Købmandsgaard BnB, or the 'Old Merchant's House'. The owner told us that the building has been around since the 1800s, the first floor used to be the shopfront. 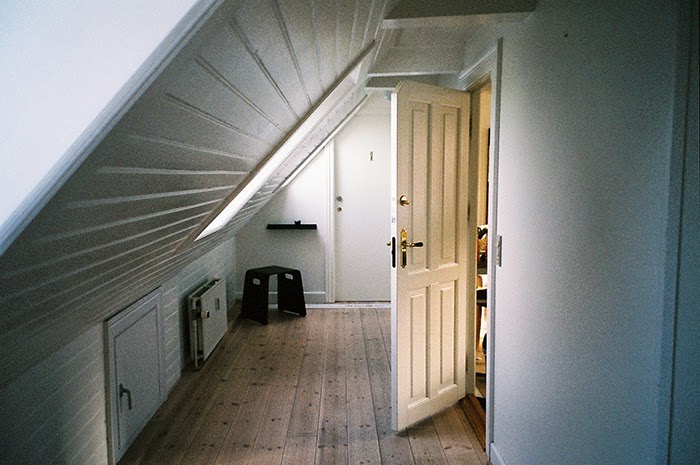 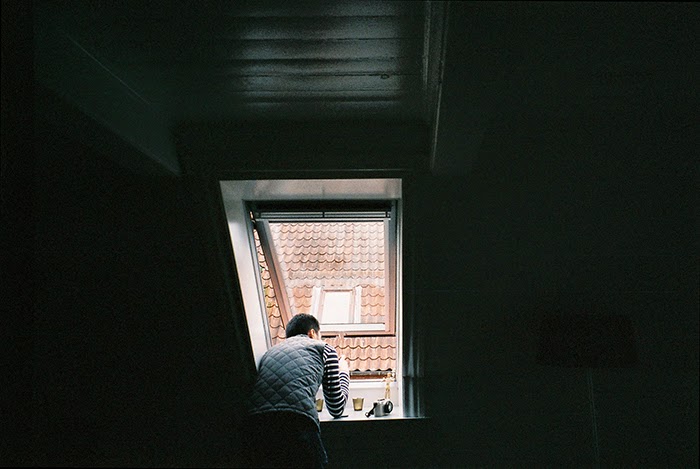 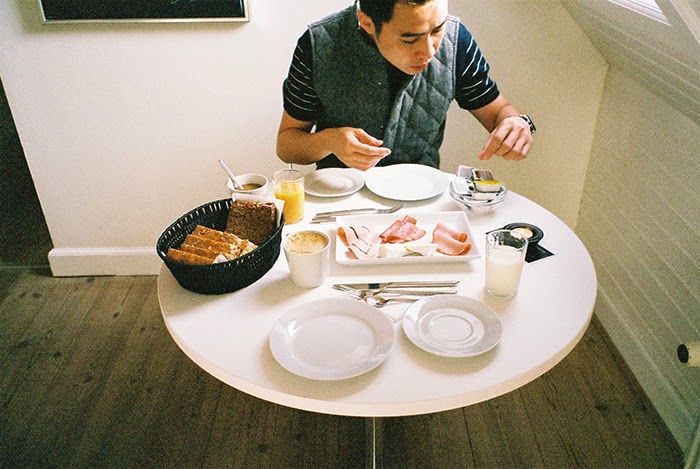 Breakfast of rye bread, cheese and ham and we were off for some exploring. 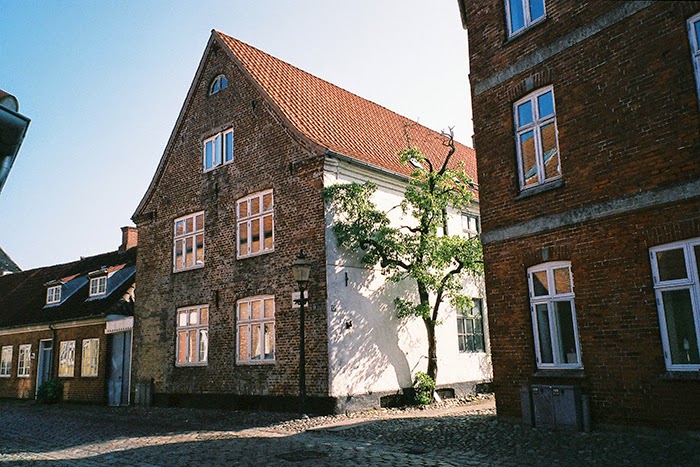 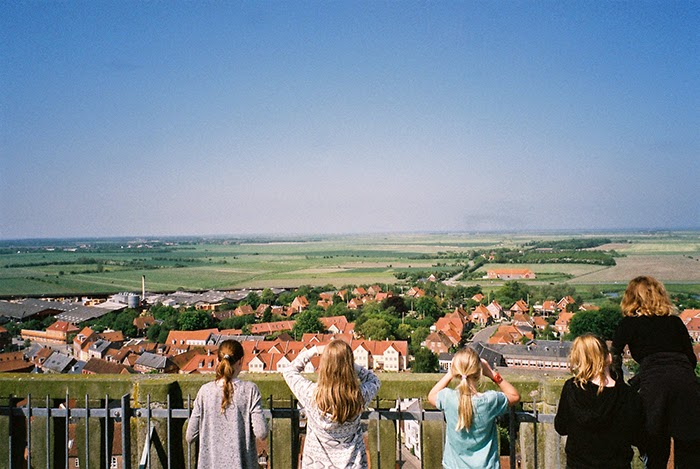 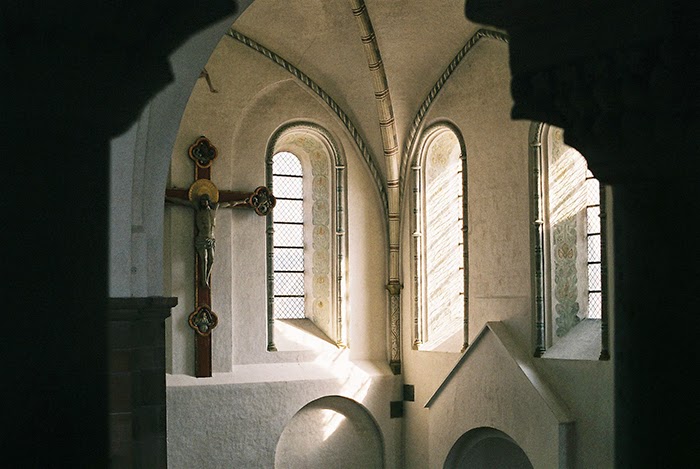 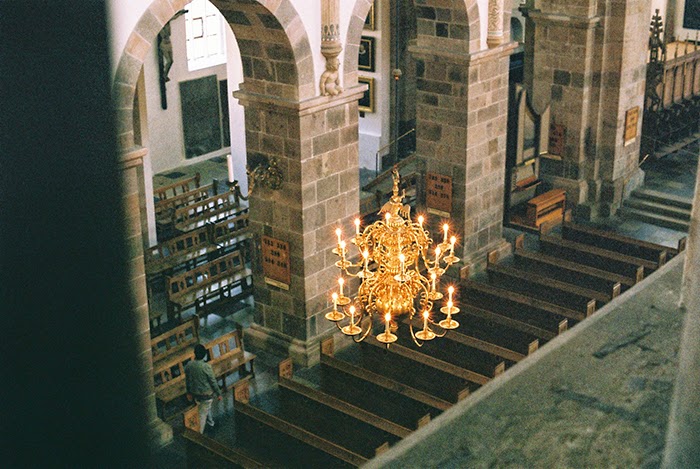 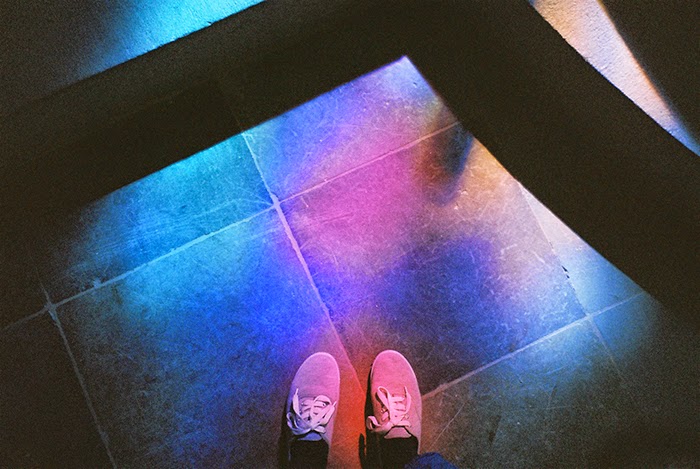 The reason I love stained glass. 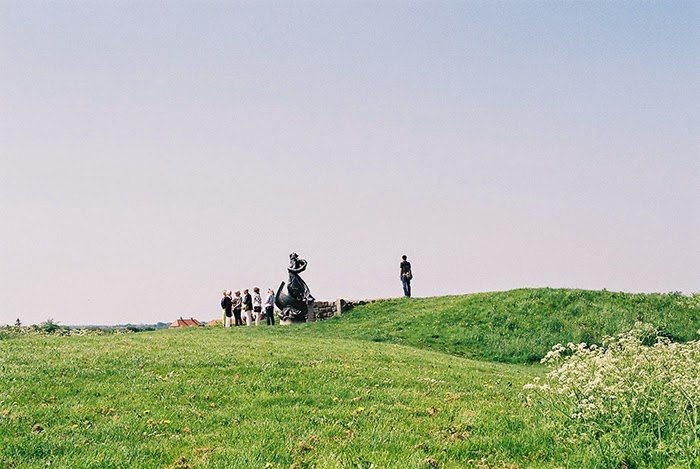 The old site of the Riberhus castle, with nothing left except for a statue of Queen Dagmar, which said something about her popularity with the people. Ribe used to be the home for Danish kings and queens. 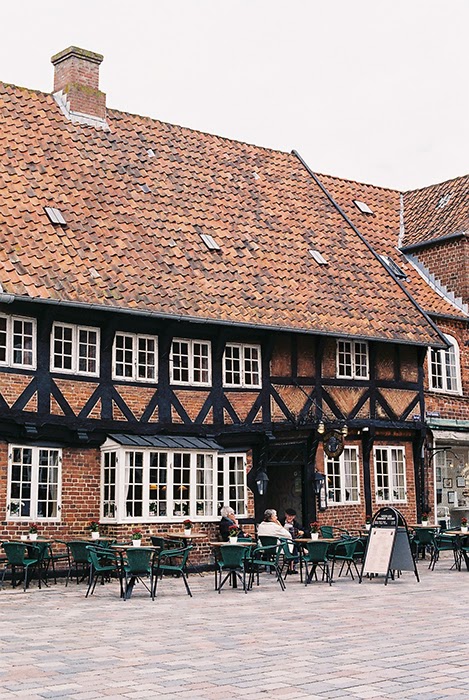 Weis Stue, a half-timbered inn over 400 years old. The interior and furniture are apparently still in the original state dating from 1700s. The facade is all uneven and sagging with age, but yet there it is, still standing. It touched me that in the past, with their barely there technology, things were made to last. 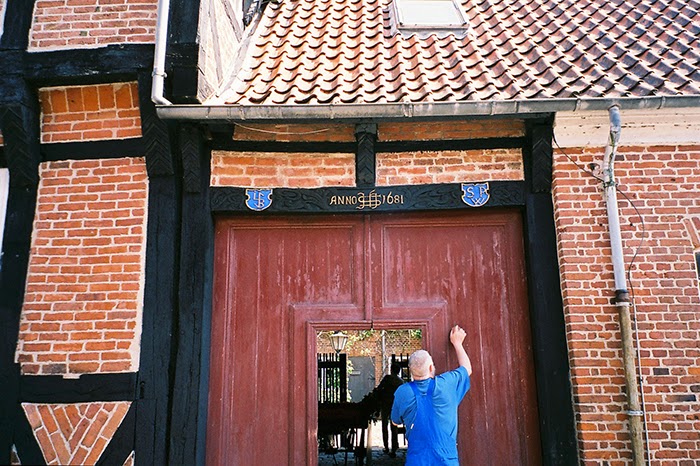 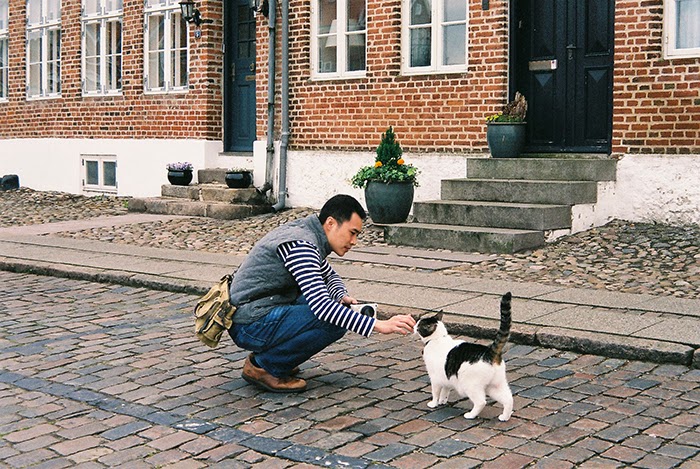 Standard activity on every trip. 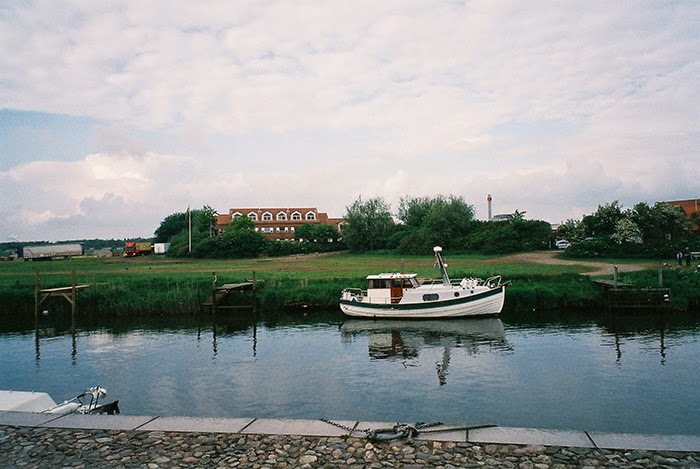 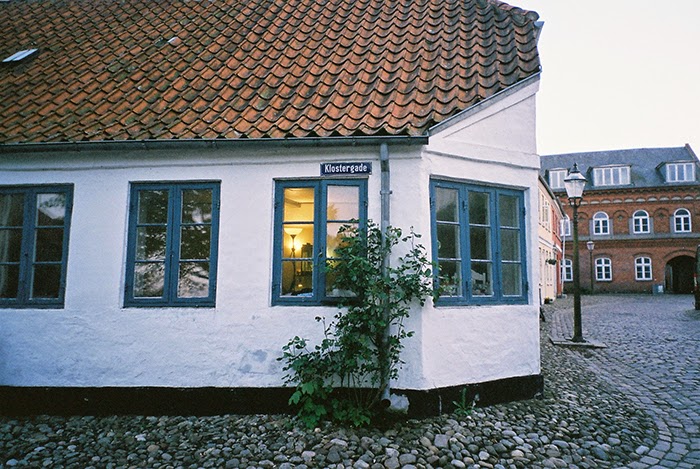 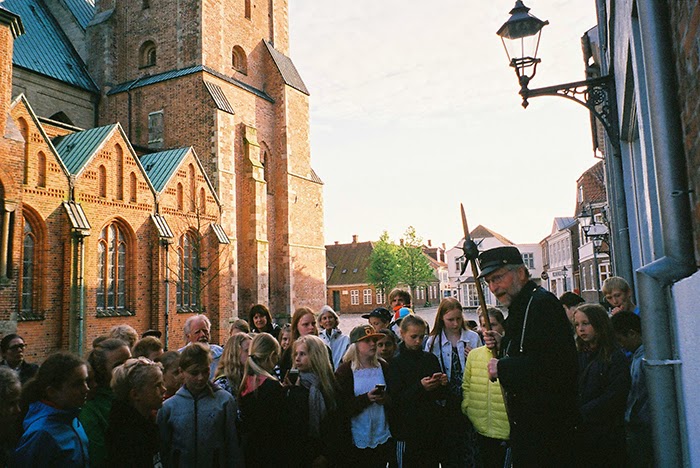 The night watchman, a very important person in the past, who would make his rounds at night, be the first to alert the town of fires or floods and made sure tipsy men did not freeze in the streets during those bitter danish winters. He also talked about the first record of Ribe being in 854A.D, how it was here since the Vikings, the medieval ages, and how during those times, a man can be killed by anyone in town once declared an outcast and local women here were burned as witches on stakes. Dark, yet fascinating times. 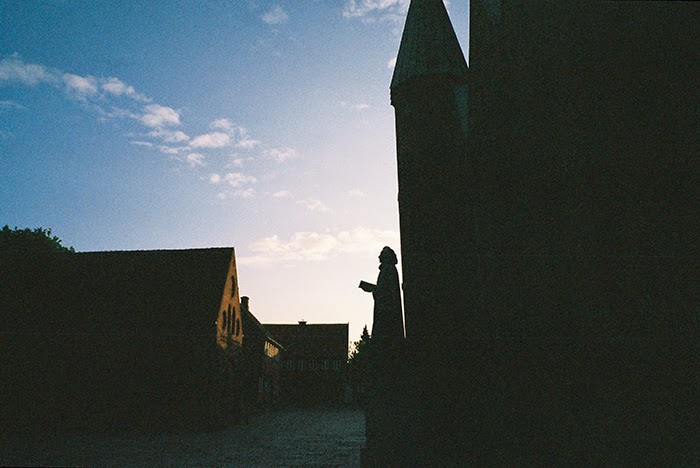 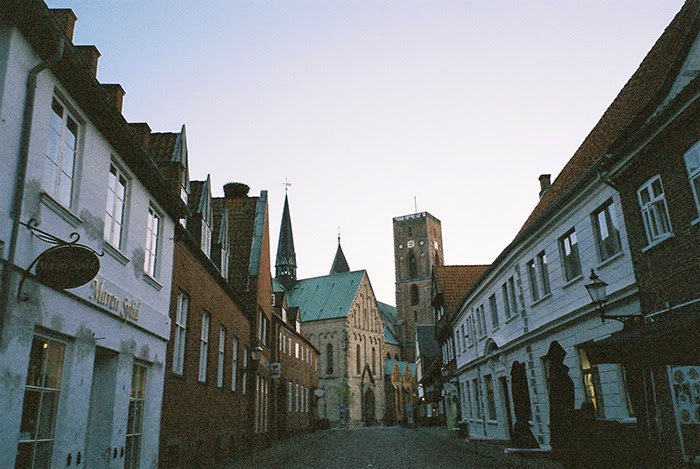 Having some grain problems with my Agfa, though I try to console myself that it's adding character to the place. 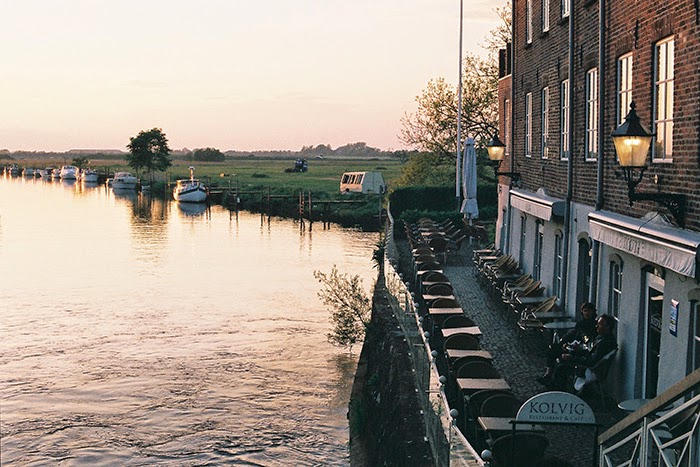 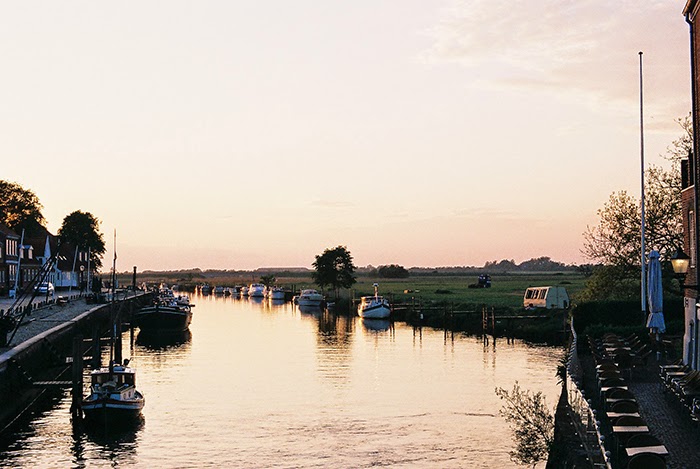 As the sky turned pink, I sat and wondered if the sunset looked the same now as it did on this same river, all those hundreds of years ago.