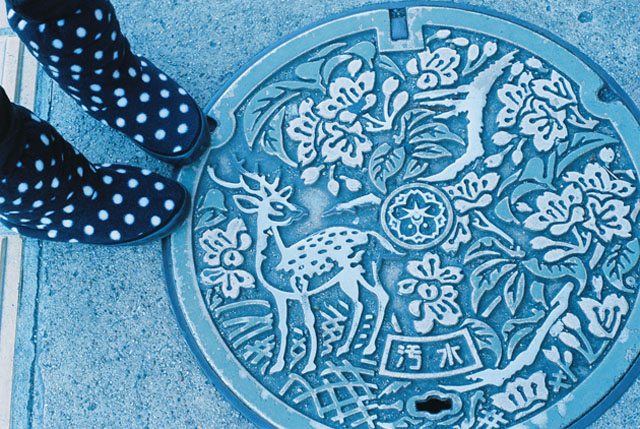 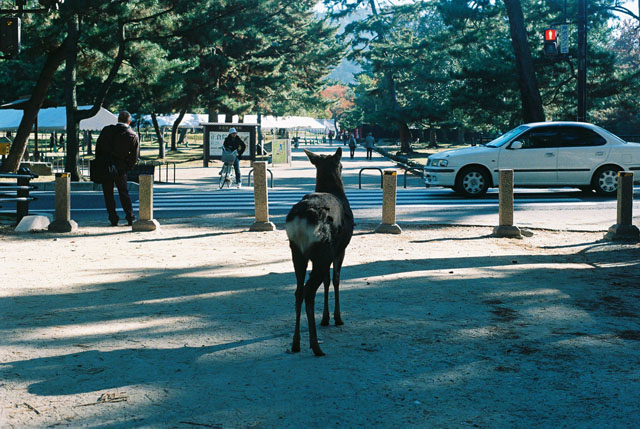 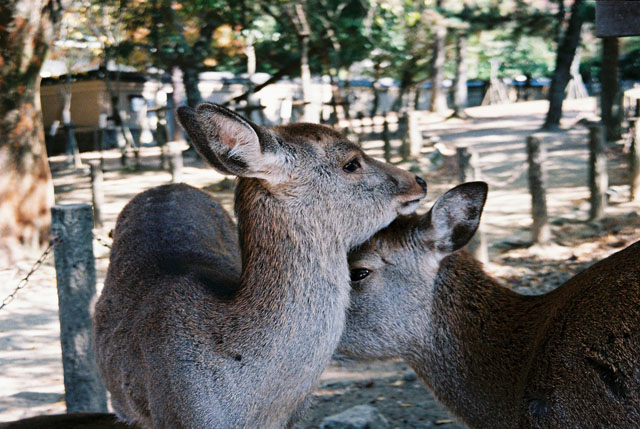 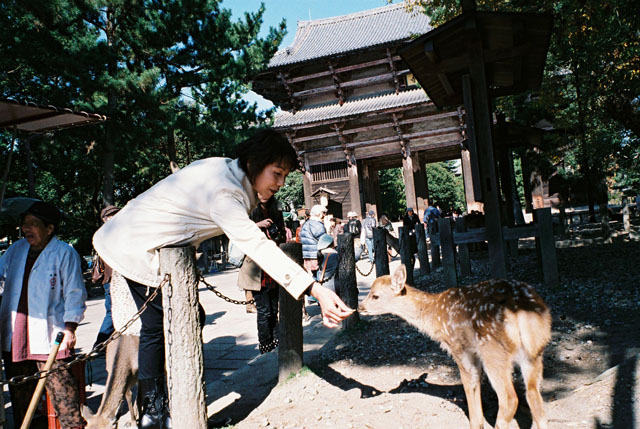 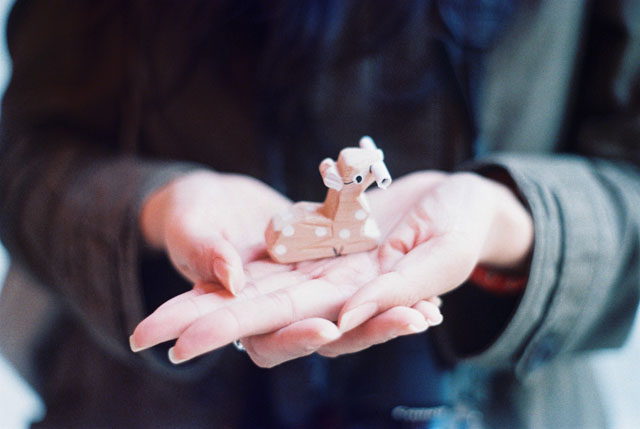 Arguably the most famous symbol of Nara, these shika (read deer) roam freely in the Nara park. Like a true Japanese deer they actually bow to you for food. They understand simple hand gestures, like open palms held up means "no more food!". They're so tame they'll let you pet them but get them overexcited (especially if you have one of those shika senbei or deer crackers that they love in your hand), they can also butt, kick or bite you.
As the legend goes, a mythological god came to Nara one day to protect the city when it was newly built in the Heijo-kyo era, and he came on a beautiful white deer. And that's why their image is now on buses, sewers, street signs, key-chains, food packaging, everything.
To be honest, I went kind of gaga over them. I mean, who can not love these animals with the sweet bambi eyes? My friend B and I really had fun looking out for them around the city.
Today in Minneapolis>>
HC was off early this morning to catch his flight, Minneapolis->LA->Tokyo->Singapore. Unfortunately LA was as far as he got. The weather here has been terrible and his flight from Minneapolis airport was delayed which made him miss his connecting flight to Tokyo, so now he's holed up at the Radisson in LA until tomorrow.
On Saturday, the temperatures dipped below zero, and there was freezing rain which caused the streets to glaze over. We were out and by evening the sidewalks were all frozen over and we were slipping and sliding all the way back to the hotel. The cars were all skidding too and the news reported over 400 crashes across the state. The airport was also closed and airplanes couldn't land. The city is apparently well equipped to deal with snow but not sleet. It was quite a mess.
I was in all day today after checking the weather report (wet with the air at -7c, windchill -15c), no way I was making my way out. Tomorrow I'm hoping to go to the museum and I've got my grand strategy all planned out. I'm going to tell the bellboy in the lobby where I'm going, run out and hop into the cab as it pulls up, and then make a mad dash in when it stops at the museum doors.