AND WHAT HAPPENED WAS 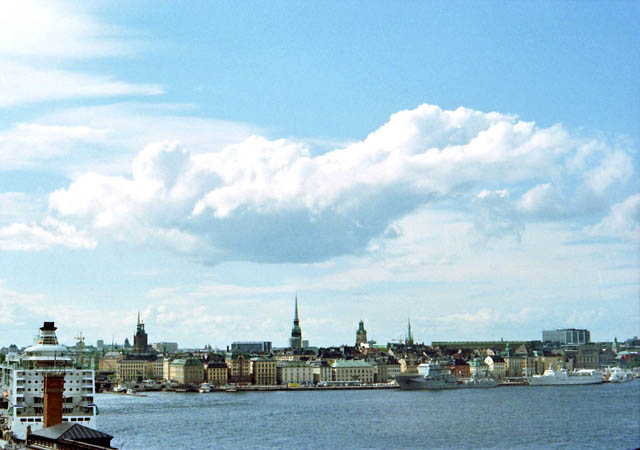 For those who don't already know the story, HC and I hadn't planned on making this trip to Sweden.
He was suddenly told to fly to his head office and get some training done, and I wasn't going to let up on such a great opportunity (see free hotel lodging), so a few days after he left, I also packed up my bags and made the 13-hour trip to join him there.
I was pretty much on my own the first few days in Stockholm, wandering around the pretty cobblestone streets with my lonely planet and happily taking long hot chocolate breaks in between, reading or stoning while poor HC was cooped up in the office.
It was early summer where the sun didn't set until ten at night, but temperatures were still hovering between 9 to 15C at best, enough to make me shiver when the wind gets strong.
All in all we spent around 2 weeks there. A lot of friends kept asking why we didn't max out the time to hop over to Denmark or Finland. The truth is our idea of travel will probably drive most Singaporeans crazy. We would sleep late, wake up, talk briefly over breakfast (brunch?) the plan for the day, check out a place, maybe two, detour if something looks interesting, make scandalously frequent stops to sit, eat, drink or people-watch. We like spending time to get to know the train system, how people live and what makes them tick. In short, your exact antithesis of a 7-day 3-countries Chan Brothers tour.
In fact, Sweden was so big and there are still so many places we wanted to see that we're sure we'll find our way back there again someday.
Will spend sometime tomorrow to upload more photos. Til then.