THE LIGHTHOUSE FALLING INTO THE SEA 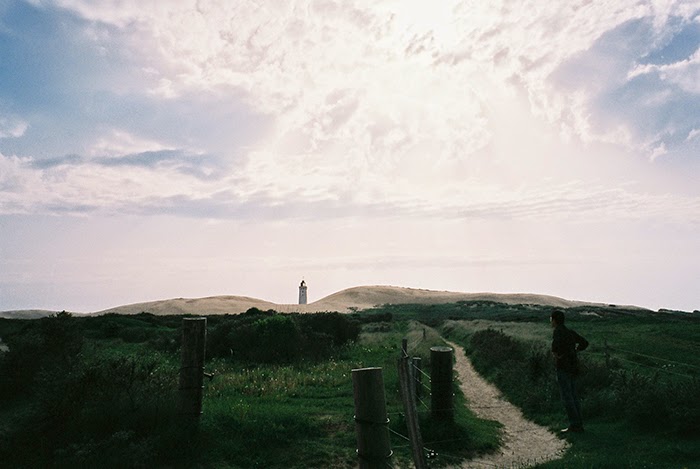 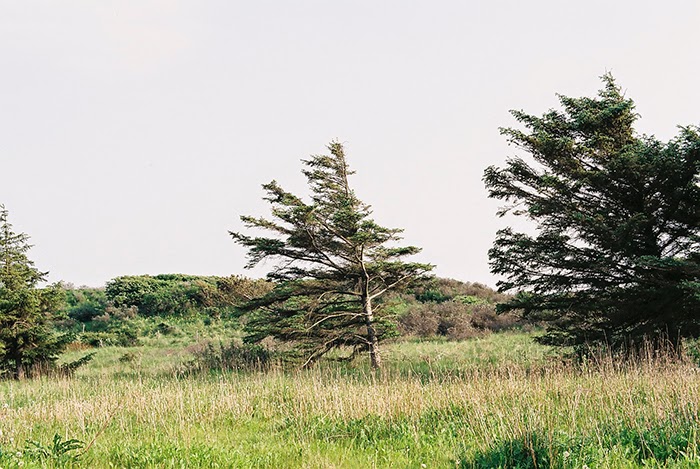 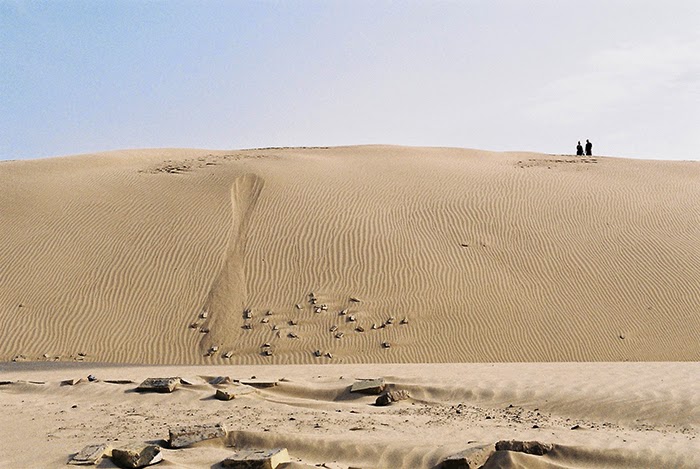 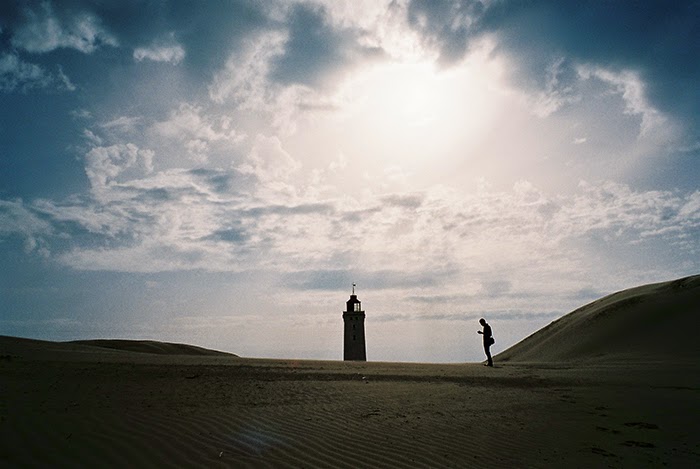 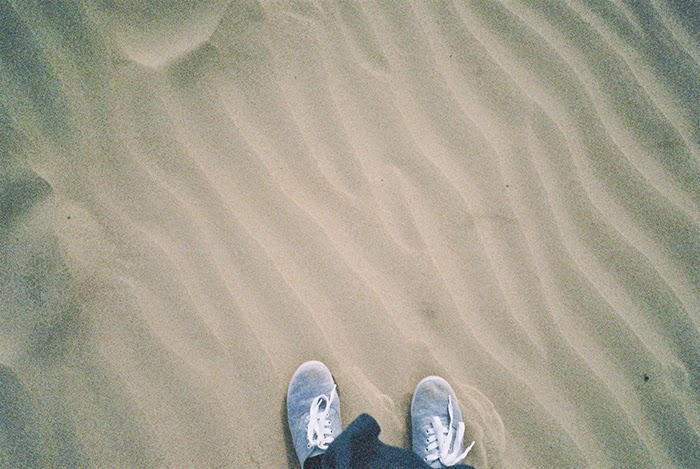 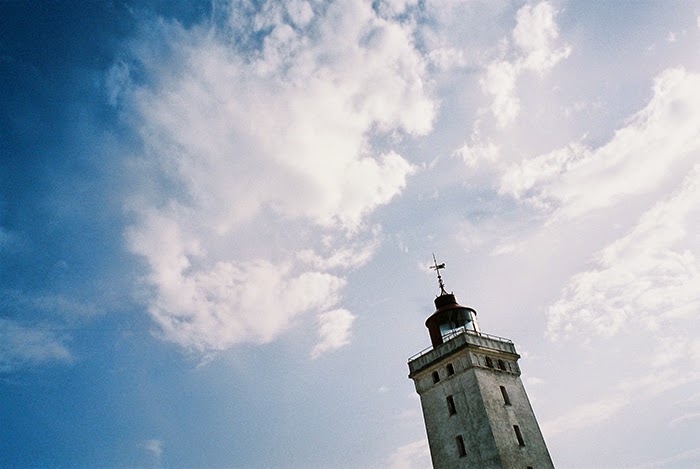 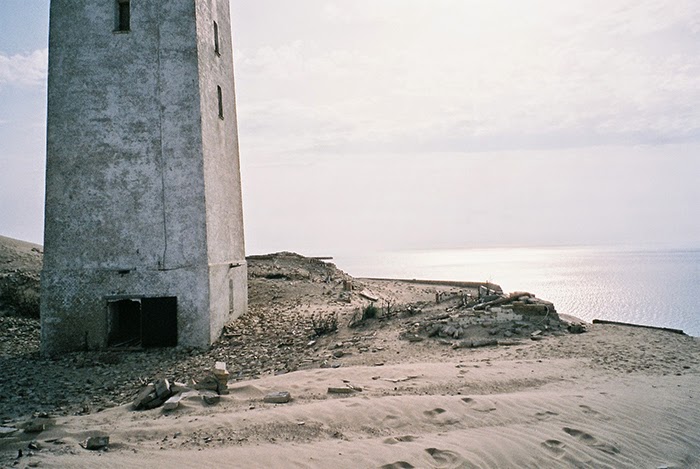 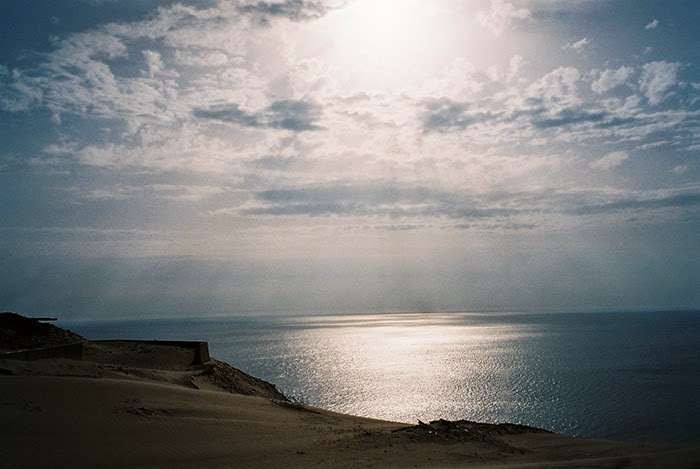 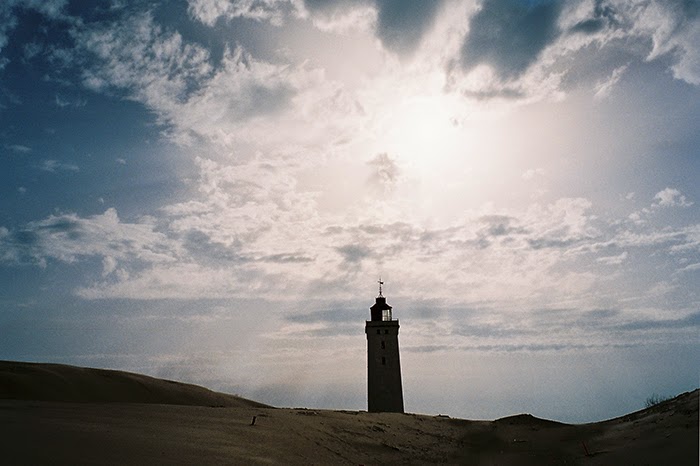 HC and I both agreed that this was the most memorable place for us in Denmark.

They used to have a museum right by the light tower but being pitched right in the middle of a huge migrating sand dune, the museum quickly got buried in just 10 years and was moved elsewhere. The tower is still standing but the coast is getting eroded so fast, they predict it'll simply fall into the sea in the next decade or so.

We reached there in the evening and there were no one but ourselves and the strong winds, shifting sands that were whipping to touch and the sudden, sharp drop from the edge of the cliffs into the big wide sea. There were no barriers, no signs, nothing to warn you about what's coming ahead, just a narrow winding path that suddenly melts into an endless sea of sand and you're upon the dune.

It was one of the most lonesome places I've ever seen.

Read more about it here.