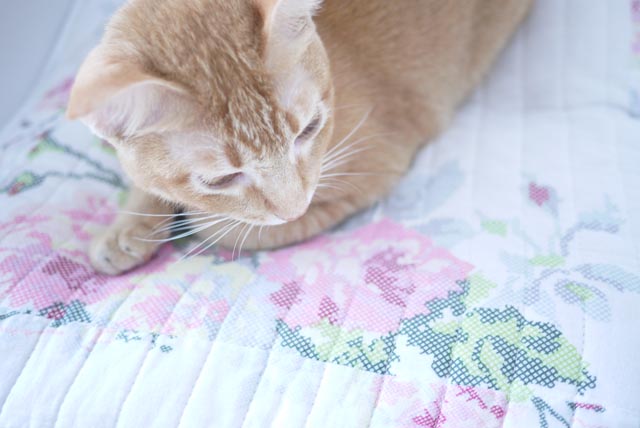 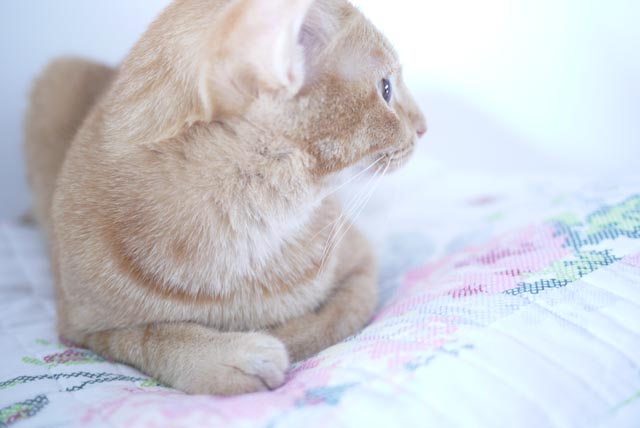 To be honest, I haven't touched a digital camera in years. I kind of gave up on them after I "discovered" film and mechanical cameras. But recently HC bought a Panasonic GF1. I got it for him in Tokyo for half the retail price (!!!) and I've been playing with it with interesting results. One thing I've realized for sure, it's definitely more of a breeze to chase our orange cat with the digital (try manual focusing on a cat who won't keep still).
Sometime back I also got a gift in the mail (thanks B!), a book called 「かわいい猫が撮れる本」(How to get cute shots of your cat) and now with the digital I'm going to put the techniques in the book to the test at last! So here's the start of the series "Hello Jiji".
Edit>> Her name is pronounced as ジジ (as in "gigi"). She was named after a Japanese cat character in a Ghibli anime.