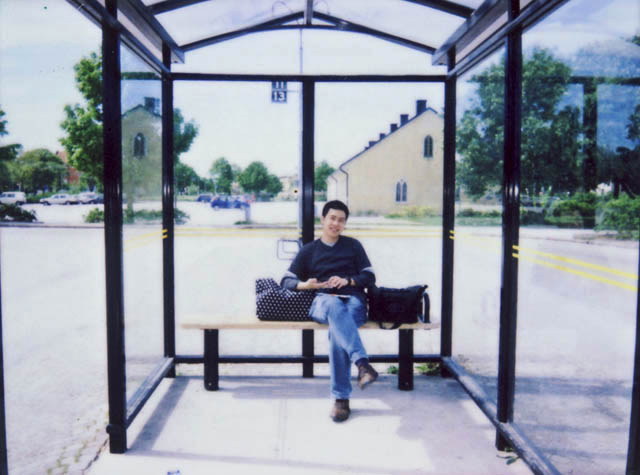 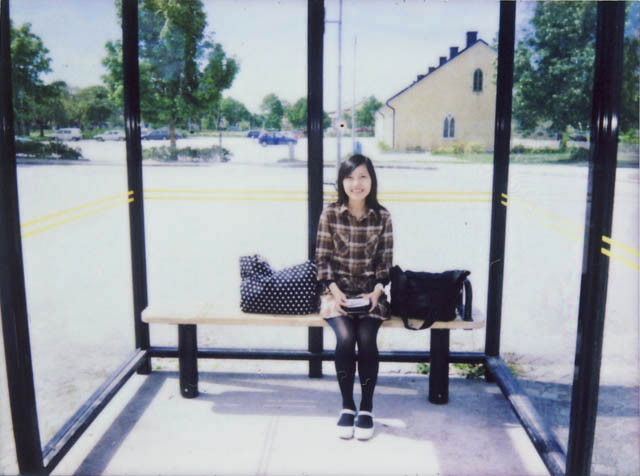 We set off early for Fårö from Visby on the third day. Getting to Fårö was quite a tricky business. First came an hour and half bus ride to the northernmost tip of Gotland. The photos above were taken while waiting for the bus.
From the northernmost tip, we had to walk to the only bicycle rental shop in the area to get bikes so that we can move around when we go across the water. There are no public buses in Fårö. And while I'm still on this topic, it should be interesting to mention that the little island also has no police, no banks, no clinics, no post offices, and in fact, not even many roads either. So don't dream of finding anything near a hotel or 7-eleven there.
What they do have, is a unique dialect that some claim to be the oldest in Sweden, lots of flat beautiful windswept land, lots of black sheep (I mean real sheep, which the Swedes call lamm), interesting limestone formations they call rauk and some of the warmest people we've ever met in our travels. 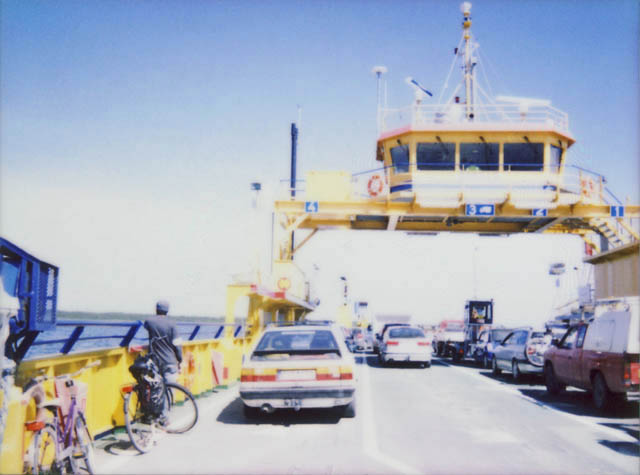 Anyway, continuing with the business of getting to Fårö. After getting our bikes, we wheeled them onto one of the only 2 ferries that brings people (cars and bikes in toil) to the island. The ferry surprisingly, did not need tickets, and a nice local even gave us a number and told us to just give the ferry people a call should we miss the last one out later in the day. Apparently they'll actually come back to get you just so you don't get stranded on the island. 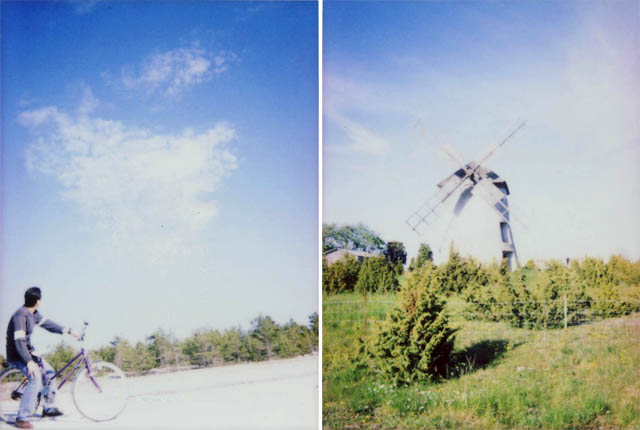 Reaching Fårö is where our gungho story starts. We wanted to see the nature reserve and the limestone stacks, and so with a map in hand we pedaled off towards Langhammer. The only thing is, getting to and from Langhammer was a full 30km bike ride, making it more than five and a half hours of almost non-stop pedaling for that day. I remembered having no feeling in my legs at the end.
But we really enjoyed it. And I loved how remote the place was. You feel like you're far far away from all the annoying technologies in modern life that are constantly fighting for your attention. I never saw a single advert there.
Halfway through we asked 2 islanders for directions and ended up laughing and chatting easily with them for a while. They were so nice.
Below are photos of the rock formations or rauk. My pictures are not doing them justice, they're really a lot more majestic looking than that. 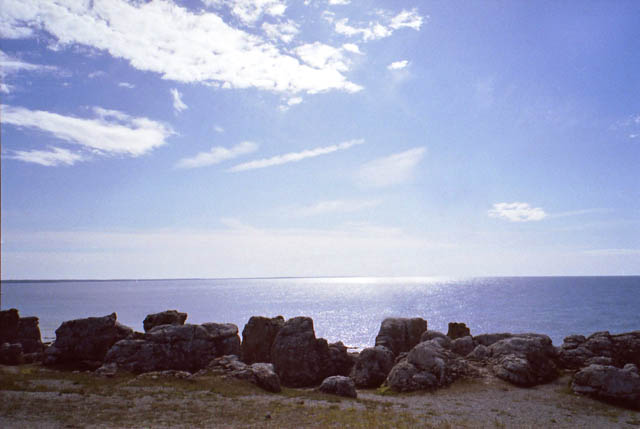 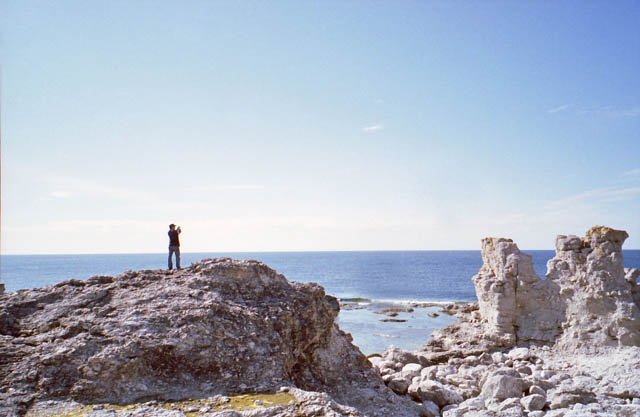