IF THIS IS LIFE 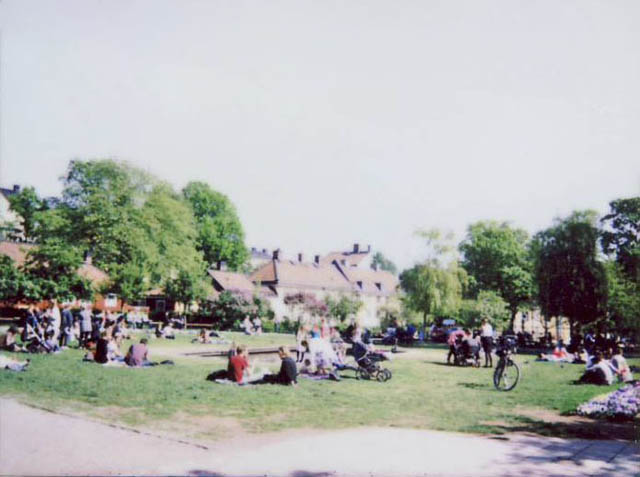 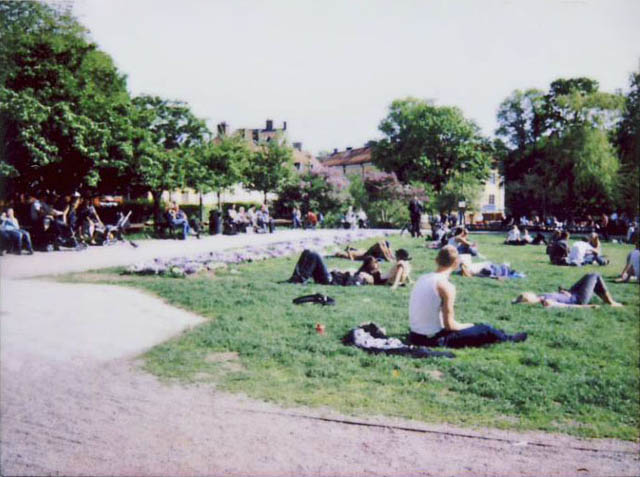 You might think, looking at the photos I've just posted, what a lovely scene of a lazy Sunday afternoon in beautiful Stockholm. And then cold reality will hit you when I tell you that I shot both photos on a Tuesday, sometime around 2 or 3pm in the afternoon and you're going to think as I did, "Aaaah, how come the Swedes don't have to work?!".

I've no answer to that too. These were taken at Nytorget Square, the bohemian part of Sodermalm (I'm going to have to rave about it for at least a few more posts so bear with me). I was sitting for a good bit at a bench, the only Asian among the blue-eyed, golden haired crowd. Some people did look at me with interest, but the Swedes were just too nice and politically correct to stare.

A little girl with golden ringlets came skipping along a while later and sat down beside me. Her father had bought her an ice cream cone. She spoke no English. I spoke no Swedish. But the instant she sat down she turned to me with a big smile and pointed to her ice cream, and I didn't leave until she had waved and skipped away again.